Thank you for visiting our website!  We hope that you will learn more about God’s Word, and be introduced to our congregation in Vallejo.

Our aim is to practice “simple Christianity.”   We want to be nothing more or less than Christians.  The Bible stands as our only source of spiritual authority—we do not wish to add to or take away from the Word of God (see Revelation 22:18-19).  Our aim is to “speak where the Bible speaks and remain silent where it is silent.”
Our congregation is led by Elders (mature Christian men) selected by the congregation they serve.  There are thousands of similar churches of Christ around the world, yet each congregation is independent of the others—there is no formal denominational structure.  While congregations are independent, many choose to cooperate in missions, Christian camps, and other joint ministries.

We believe that following Jesus provides us an abundant life now, and eternal life with the Lord.  I hope that you will join us in our journey of faith in Jesus Christ!

Because of Him,
Gary Davenport, Minister
​

Who is our Minister?

Sometimes called Preacher but never Pastor (an alternate name for elder) the Minister is a man educated in sound Biblical background and, as described in Timothy 4: 1-2, "I charge you therefore before God and the Lord Jesus Christ, who will judge the living and the dead at His appearing and His kingdom: Preach the word! Be ready in season and out of season. Convince, rebuke, exhort, with all long-suffering and teaching." Such is the job for a Church of Christ minister and the selection process for a minister is carried out very carefully first by the elders and then by the advice of the congregation.
​ 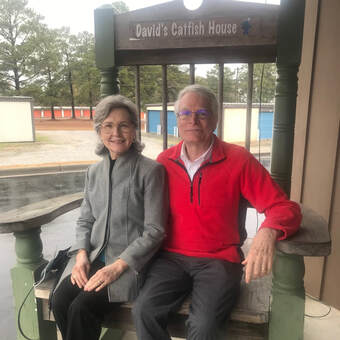 Gary was born in Louisville, Kentucky on October 30, but spent most of his life in Chattanooga, Tennessee. He met his wife, Terry, while a student at Middle Tennessee State University in Murfreesboro, Tennessee.

Terry was born in Waco, Texas and spent most of her early years in Phoenix, Arizona, moving there when she was eight years old. She attended Lubbock Christian College for two years and went one year to David Lipscomb College, before transferring to M.T.S.U., in Murfreesboro, Tennessee, where we met, married and both graduated in 1972.

Gary has been in ministry since 1979, you can view his entire activity at this link. https://garydavenport.org/garys-resume/​
Gary started his work as Minister with the Lassen Street church of Christ in February,  2022.