Under Christ's leadership, Elders watch over the congregation. The Greek word translated “bishop” is episkopos (the source of our English word episcopal). The bishop is the superintendent, the overseer, or the officer in general charge of the congregation. In the Bible bishops are also called “elders” (1 Timothy 5:19) and “pastors” (Ephesians 4:11).

Each congregation is watched over by two or more Elders also called by the biblical terms, Pastors, Shepherds, and Bishops who insure that the church follows the Bible as closely as possible. They have biblical authority only over the church of which they are members. They are men who meet the requirements of Titus 1:5-9.

Appointing Elders Who Love What Is Good
5 The reason I left you in Crete was that you might put in order what was left unfinished and appoint[a] elders in every town, as I directed you. 6 An elder must be blameless, faithful to his wife, a man whose children believe[b] and are not open to the charge of being wild and disobedient. 7 Since an overseer manages God’s household, he must be blameless—not overbearing, not quick-tempered, not given to drunkenness, not violent, not pursuing dishonest gain. 8 Rather, he must be hospitable, one who loves what is good, who is self-controlled, upright, holy and disciplined. 9 He must hold firmly to the trustworthy message as it has been taught, so that he can encourage others by sound doctrine and refute those who oppose it.

Tom Cunningham, Elder
Tom is a native of Wichita Falls, TX. He was baptized into Christ at Clark AFB in the Philippines in 1972. Tom started serving as a deacon for the Lassen st. Church in 1992 where he was in charge of Benevolence, Children's Bible Hour, New Converts, and Education.
​
Tom was married in 1984 to Karen Huber (daughter of Paul and Delores Huber who also attend Lassen St). They have one daughter named Devon. 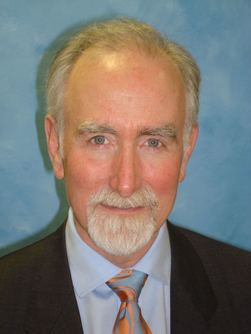 Stinn McDaniel, Elder
Stinn grew up in a Christian family in Albany, Oregon and was baptized in 1969 at Oregon's Camp Yamhill. His experience at Bible camps and music training led to a career as a music teacher.  In 1999 Stinn started participating in the World English Institute’s short-term missions to Albania.  While there he met Lindita.  They were married in 2002.  As a family, they regularly return to Albania to teach English using the Bible.
They started attending the Lassen Street Church of Christ in 2010.  Stinn serves as a song leader and a Care Group Leader.  Stinn and Lindita also facilitate family involvement in the Leadership Training for Christ youth program.  Stinn and Lindita have two sons, Stephen and Joshua.  He began serving as a Deacon in 2017 and was appointed an Elder in November of 2021.​